University of Florida scientists say people in areas affected by blooms at risk of liver failure.

If you think you’re safe from algae toxins caused by blooms on waterways, you need to be extra careful from now on.

Researchers, through a study commissioned by the University of California, revealed a grim discovery last Monday, October 19. Algae toxins, called cyanobacteria, can linger in the air for 2 hours and travel up to 10 miles on gentle breezes of up to 7 miles per hour.

These cyanobacteria contain microcystins (or cyanoginosins), a toxin that primarily affects the liver, causing widespread damage. “It’s scary. It’s your home, it’s your family. It’s [in] the air they breathe every day,” a resident near a waterway to St. Lucie River says.

Alarming? Definitely. But education is your first line of protection. 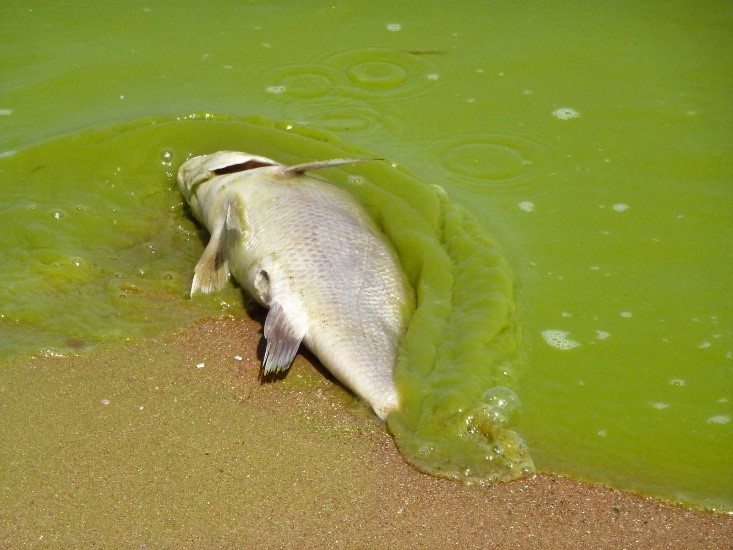 Too much green is not good.

Cyanobacteria, or commonly known as the blue-green algae, are aquatic bacteria that are also photosynthetic, that is, they produce their own food. Because they are bacteria, they’re near-microscopic. However, these algae don’t strive alone – they usually grow into huge colonies large enough to be seen as a slimy concentration of green… stuff.

Here’s the thing about blue-green algae: they’re not essentially bad, nor they are considered parasites or pests. They serve as food for most fishes we know and eat. But just as any other tangible matter on our planet, too much of them and they become dangerous. Mostly because of one liver-destroying toxin that they produce: microcystin.

Microcystin is a toxin produced by cyanobacteria. Little exposure to the airborne particle would have no adverse effects on the human body. But during algal blooms when hundreds of millions of cyanobacteria produce microcystin in unbelievably huge concentrations, the very air we breathe or the water we drink can potentially kill us by damaging our organs, especially the liver.

Where do cyanobacteria thrive?

Because the majority of algae live in aquatic habitats, cyanobacteria can thrive in any body of water, may it be fresh or seawater.

As the researchers from the University of Florida discovered, algal blooms are now prevalent in the St. Lucie River basin, including its tributary rivers and waterways. But as the study suggests, the microcystin released into the air by the algal blooms can linger in the air for 2 hours and travel up to 10 miles. That would mean residents in the following areas are possibly at risk of microcystin intoxication:

How can you protect yourself?

Local research about cyanobacteria intoxication has found that people living in areas with a considerable amount of algal bloom, including communities along St. Lucie River, are more likely todie from non-alcoholic liver disease than those who live far from waterways with no algae infestation.

While a major solution includes moving away from these high-risk areas, purifying the air you breathe also provides additional protection to you and your family. A good air purifier protects you from airborne toxins such as cyanobacteria’s microcystin and purges other contaminants in your immediate breathing space. CWR’s Personal Air Purifier does just that – anywhere you go.

We also encourage residents living near waterways to install their own filtration system at home to prevent waterborne contaminants, such as algae, from reaching your glass of water and wreaking havoc inside your body.

You can check our affordable, class-leading filtration systems here.

“Endocrine Disrupting Chemicals found in water including; pesticides, plastics and industrial chemicals have been connected to infertility, obesity, neurological issues and diabetes.” Journal of Clinical Endocrinology (2014) 99(11):37A